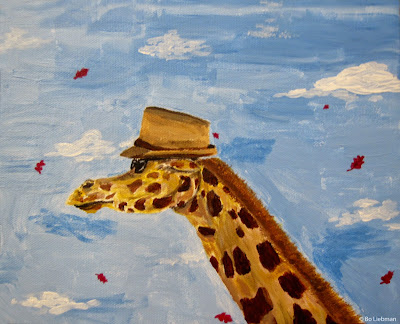 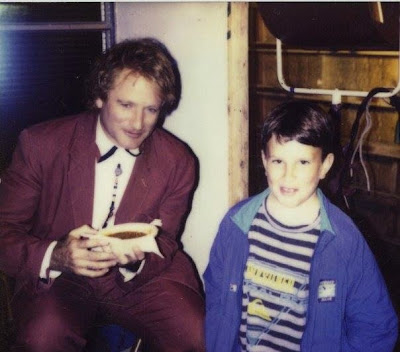 I normally avoid personal posts on this site, but I had to take some time to pay tribute to Robin Williams. Like so many out there, I grew up with Robin in my life. I was a fan from early on, watching MORK & MINDY reruns with my mom, but that fandom never died. His wonderful films taught me so much about comedy, and how to infuse it with heart (of which he had so much). His work with Comic Relief and other great causes showed how comedy could be used as a force for good in the world. He influenced my sense of humor and I'm sure is one of the reasons I am trying to be a comedy writer today (I dreamed of him starring in my screenplay CRACK BABY BLUES). Watching his HBO Live on Broadway special with my dad and brother, all of us laughing, is one of those memories I have where I truly felt bonded with my family. But I was lucky enough to have a personal memory of Robin as well.

The picture above was taken on the set of TOYS. A close family friend (the wonderful Julie Pitkanen) who was working on the movie brought me there, knowing I was a big MORK AND MINDY fan, and loved Robin Williams. Getting to watch him in person did nothing to assuage that love. During the scene, Robin was just walking down a hilly room. After a few takes, out of nowhere, he produced a red clown nose and put it on just for that take. The shot couldn't be used, but he had everyone laughing. When he finally got to take a break to eat some chili, I was brought over and introduced. He was completely friendly, and seeing that I was nervous, began to speak in a creepy foreign voice "don't worry, I will not hurt you". He went on and on, making it impossible for me to keep a straight face while the picture was being taken. This memory would be a highlight of my youth, and I am so grateful for it.

I miss this man so much already. He literally brought joy to the world, and it will forever me a little darker and less whimsical without him here. #RIPRobinWilliams
Posted by Bo at 7:45 PM No comments: